Coming Soon!
We're hard at work on bringing you the best Adventure Guides and look forward to sharing more with you soon.
Subscribe to this RSS feed

The Atom LT has been reinvented by Arc’teryx for the season, it gets taken out in various conditions to test its grit.

Published in Clothing Reviews
Tagged under
Be the first to comment!
Read more...
Wednesday, 17 February 2021 22:44

Following the announcement of Arc’teryx investing in the Venture Trust through the ‘Outer Peace’ initiative, I spoke with Mike Strang, Interim CEO of Venture Trust.

In the new dynamic world, one thing remains clear - committed skiers want to spend their valuable spare time in the mountains. For the breed of urban ski enthusiast juggling a busy work schedule with travel, family and fitness - a quick ski trip is the ultimate experience of fun. In the face of rapidly changing travel regulations, anything that can make that goal easier to achieve is invaluable. Step forward, the new Elan Voyager: the world’s first folding, all-mountain ski.

Arc’teryx Equipment, the global design company specializing in technical high-performance apparel and equipment, is marking the start of 2021 with a brand platform designed to better the human experience by connecting people to the transformative power of nature.

The festival that attracts outdoor folk from all over the UK, and the world. It brings the outdoor world to the gateway of the Lake District. And the amount of down multiplies substantially to create a warm atmosphere in the town of Kendal

Published in Kendal Mountain Festival
Tagged under
Be the first to comment!
Read more...
Friday, 13 November 2020 09:15

Construction is underway in the city of Southampton for a new state-of-the-art indoor climbing centre offering 25,000 square feet of world-class climbing. As its centrepiece Parthian Climbing Southampton will house a carbon copy of the Olympic bouldering wall that will feature at the 2021 Tokyo Games. This will be the only wall of its kind in Europe ahead of next Summer’s Olympics.

Published in Industry News
Tagged under
Be the first to comment!
Read more...
Wednesday, 11 November 2020 19:49

Albion Announces the Release of the Zoa Jacket

Albion, the British brand making technical cycling gear to help you go outside and stay there for longer, announces the introduction of the Zoa Jacket to its range for Autumn/Winter 2020.

For more than 50 years, The North Face has been led by our purpose to lead the world forward through exploration. During this most difficult of years, we once again took action to try and support the global community we are all part of.

Skin Up to and Ski Off the Cairngorm

For a while now I have wanted to ski tour, finally I managed to get the gear together to be able to! 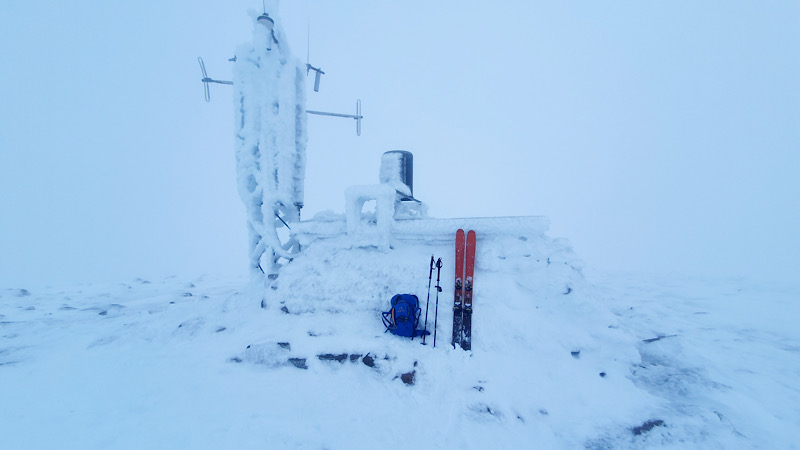 So I headed for the Cairngorm, I had seen some of the photos on the British Backcountry Facebook group and I was looking forward to it. I arrived a bit late so I wasn’t going to go far, I made my way up the track of one of the ski tow routes, then on the zig zags, up to the Ptarmigan café (which was shut) then up to the weather station on Cairngorm summit.

I met a group of 3 on their way down as I was going up the zig zags, one of them told me “It’s windy up there!” Fortunately I am prepared for that type of weather, if I were them I would have questioned me going up that late. As you will see from the video, it was a bit breezy and not much to see but I enjoyed it. 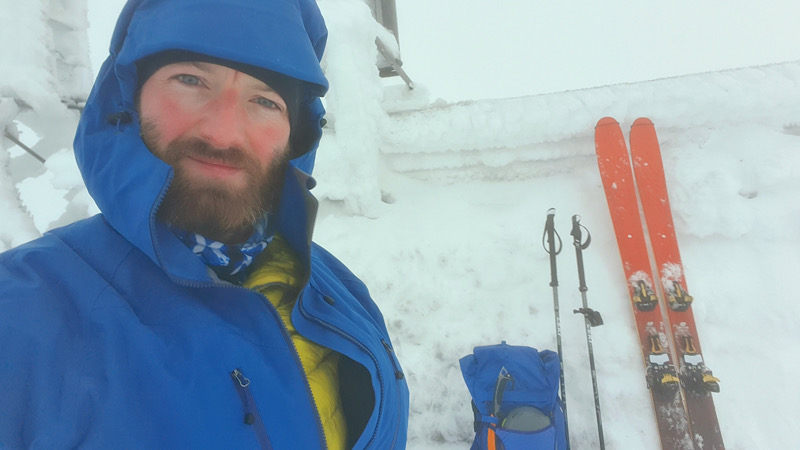 Once I had some food and a drink, I realised it was five past three! The light would be limited in the next hour. As you can see, I was like bambi on skis for the return leg! I found that the wider ski was a bit harder to carve whilst on the hard piste. The learning curve (or carve) will be steep (or wide). I stumbled down to the car park in around an hour.

The pants I used were an older version of the Jöttnar Vanir LT’s that I reviewed a while back. Now Jöttnar are using there own fabric, Skjoldr. Which is in the Odin hardshell I wore on the way back down, there will be a review in the near future.

I did wear sunglasses at the beginning as it kept the wind out of my eyes, goggles seemed a bit much. The Reactiv lens on the Julbo Shields works as well in the dim light of that day as it does in the bright sunlight of the Alps in the summer.

My gloves are the Montane Alpine Guide, which are a velcro cuffed variant of the gauntlet style Alpha glove I reviewed. Kept my hands warm even when they got a “bit” damp.

The pack I had was the Blue Ice Warthog, really impressed with it. Well shaped, good size, the helmet holder is a great addition. Review on its way.

The Mountain Hardwear Kor Strata Alpine, I wore on the way up, never fails to impress. The review is here. It kept my temperature to a constant during the stop-start of the way up. I did change it on the summit as I had allowed it to get a bit wet and I’d taken another layer. If I’d stuck the shell on it would have been fine and kept me warm regardless.

The Leki Micro Vario Carbon Strong poles have been great! We have reviewed the Micro Vario Carbons on MyOutdoors, I got the strong version as I broke the standard ones twice! Not through any fault of my own you understand. 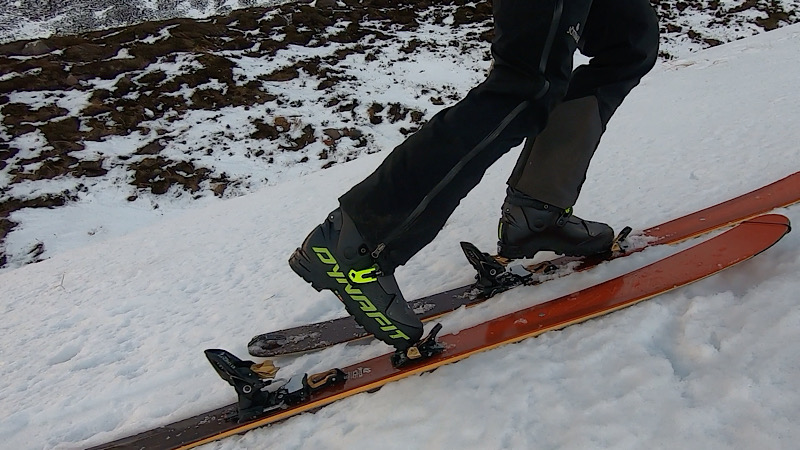 The bindings are Marker Kingpin 13’s and I got a pair of last season Dynafit Speedfit TLT touring boots. My technique, both up and down, needs some work but I’ve got some experts that I’m waiting to critique me. The boots have more flex than I am used to at the moment but the plan is to climb with them in the future. I was advised to start with this type so I’d get used to them. It makes sense to me, I’ll let you know how I get on.