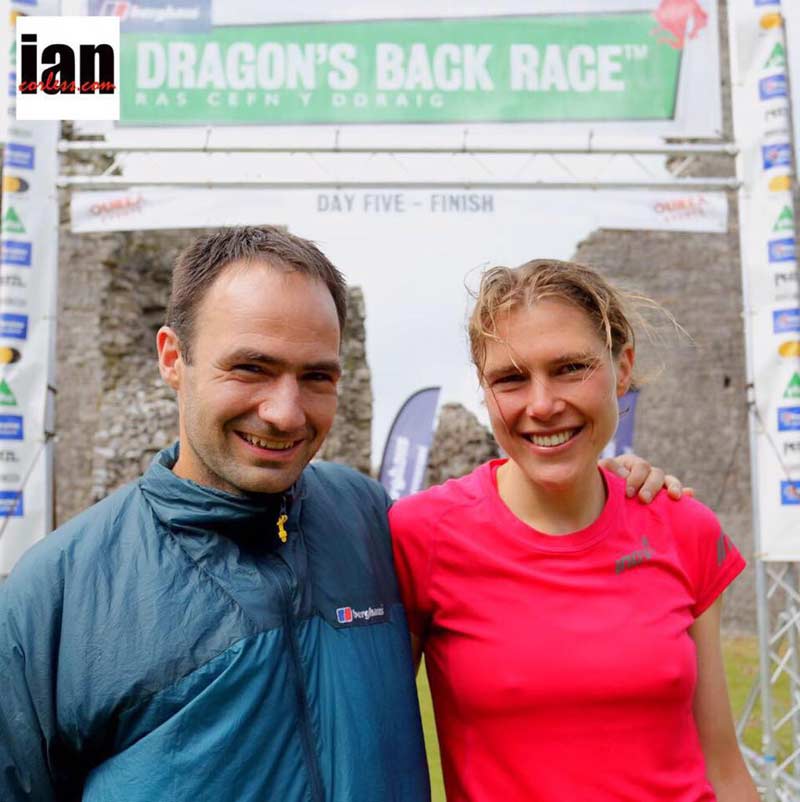 A field of 140 signed up for the 2015 Berghaus Dragon’s Back Race, aiming to complete 300km and 16,000m of ascent over five days, south along the mountainous spine of Wales.  High mileage, brutal climbs, navigational challenges and changeable weather took their toll and by the start of the final day, only 64 competitors had completed every stage.

Jim Mann led the overall standings from start to finish and never looked in danger of losing his lead.  Similarly, Jasmin Paris was always at the front of the women’s race and moved her way up the overall leaderboard as the week progressed.  At the conclusion, three women featured in the top 10 finishers.  A little further back down the field, Joe Faulkner succeeded in becoming the first person to complete the Berghaus Dragon’s Back Race on the three occasions that it has been held, in 1992, 2012 and this year.

Jim Mann commented: “I learned a lot from 2012 and have enjoyed running in the Welsh hills this year in preparation for the race.  Like 2012, the atmosphere at the event has been amazing and Jasmin has been a legendary companion to race with in the last two days.”

Jasmin Paris said “It’s a great feeling to finish second overall.  The event has lived up to my expectations with five fantastic days of mountain running.  To finish the fifth day running together and sharing the spirit of the journey in a group was everything that I hoped.”

The 2015 Berghaus Dragon’s Back Race has proved that there are some phenomenal female mountain runners around and to have three in the top ten of this legendary event demonstrates just how good the women are at ultra-endurance running.

Race director Shane Ohly added: “It has been an exciting, exhausting, successful and very long week.  As always, the competitors have been amazing, whether they were competing at the front or striving hard to beat cut-off times in the middle of the night.  Huge congratulations to Jim and Jasmin, and to everyone who has taken part in this incredible event.  And massive thanks to Berghaus and all of the dedicated volunteers who make the Dragon’s Back Race possible.  Without that sponsorship and practical support, none of this would happen and we wouldn’t be able to celebrate these great running achievements in the way that we intend to tonight.”

Helene Whitaker won the first Dragon’s Back Race in 1992 and was also the first woman to finish in 2012.  This year, she was following the event with the race organisers, recording video news pieces and interviewing competitors.  Helene Whitaker comments: “In my unashamedly biased view, I have been really excited to see so many talented female runners finishing in the top 10, and particularly by Jasmin's powerful run.  The weather has been kind and I think the runners have been better prepared than 2012.  I cannot express how lovely it has been to be able to watch this band of modest, respectful, and talented runners in action.  They have been unfailingly supportive of each other, and have all given everything that they can.  I has been wonderful to once again be part of an event that has been so good to me.”

For full accounts of the action visit www.dragonsbackrace.com/news and for more words, images and a selection of short videos fronted by Helene Whitaker, go to the Dragon’s Back Race Facebook page.

More in this category: « Everest Double Bill Comes to Buxton for One Night Only The 2015 Berghaus Dragon’s Back Race – Day 4 Roundup »
back to top