The It’s Great Out There Coalition has announced that professional snowboarder Aline Bock has signed up as an official #itsgreatoutthere ambassador.

Bock, from Germany, was crowned Freeride World Tour Champion in 2010 and continues to snowboard professionally. As an #itsgreatoutthere ambassador, she will promote and support the campaign during her activities and public appearances, using her own online and social media channels to extend the reach of positive messages designed to encourage and inspire outdoor participation.

Aline Bock has just started a six-week snowboarding, surfing and camping adventure in Iceland with fellow snowboarder Anne-Flore Marxer. Their DARE project will result in a film about strong women in Iceland, that will be shown at festivals around Europe. The public can follow the progress of DARE using #dare and #alandshapedbywomen on social media.

Aline Bock comments:  “I simply love to be out in the mountains or at the ocean, living the moment and in the pursuit of something wild and new - to just go outdoors without regret or restraint. Therefore, it’s a pleasure for me to share all my journeys and adventures with the #itsgreatoutthere community, simply because it really is great out there.”

The It’s Great Out There Coalition is an International Non Profit Association (INPA), registered in Brussels, that was set up and launched by the European Outdoor Group (EOG). The coalition is supported by 30 full members, made up of some of the biggest outdoor companies in Europe. The organisation is run by an executive team and non-executive board, and is leading the pan-European #itsgreatoutthere campaign to inspire more people to get active in the outdoors. 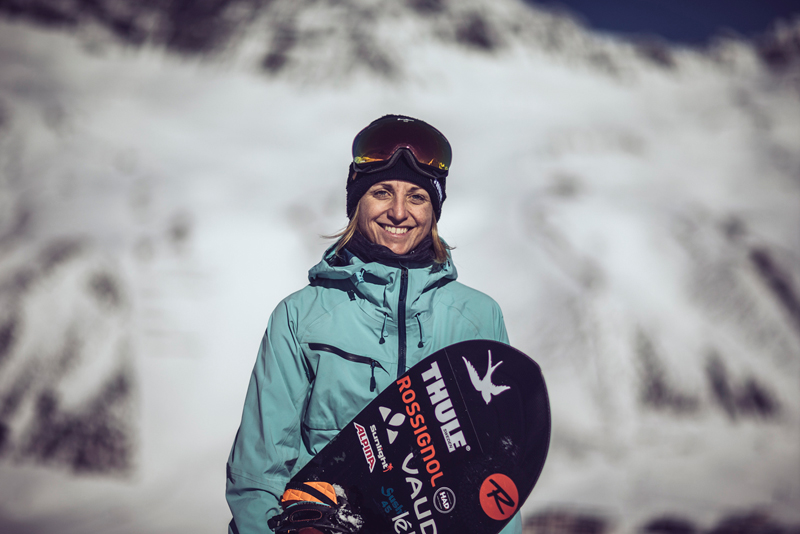 As well as a sustained programme of #itsgreatoutthere events and proactive promotion, the It’s Great Out There Coalition is also working closely with the European Commission to channel political and financial support into the promotion of outdoor activities. On behalf of the outdoor industry, #itsgreatoutthere is an official partner of the commission’s European Week of Sport project and #BeActive initiative. In addition, the coalition awards #itsgreatoutthere grants to projects led by other non-profit organisations that are designed to give people their first experiences of the outdoors.

Aline Bock is the second high profile figure to become an #itsgreatoutthere ambassador. She joins   Alastair Humphreys, the adventurer, author and motivational speaker who is best known for the successful #microadventures initiative.

The Alpine Club are Celebrating 100 Years of Everest