Top ultramarathon runner Damian Hall has set a new record time for the 268-mile Pennine Way – while also cleaning the trail of litter at the same time.

The 44-year-old inov-8 ambassador completed the iconic route from Kirk Yetholm in the Scottish Borders to Edale, Derbyshire, which includes a section along Hadrian’s Wall, in an incredible time of 61 hours 34 minutes, beating the previous record by more than three hours. 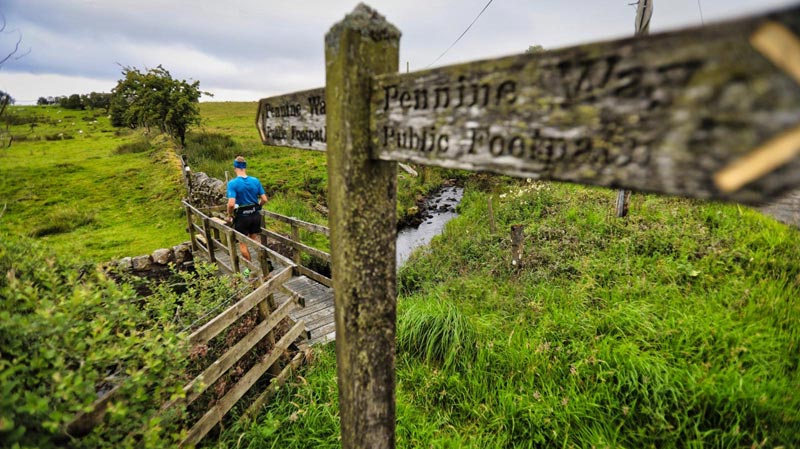 The Pennine Way is Great Britain’s oldest – and arguably toughest – National Trail. Much of it is over remote, boggy hills, with a total ascent that exceeds the height of Mount Everest.

Popular with hikers, who usually complete it in 16-19 days, Hall did it in just two-and-a-half, battling sleep exhaustion and all manner of tough weather conditions along the way.

Not only that, the dad-of-two from Wiltshire, England, and his team of pacers also helped clean the famous trail of litter as they ran, stuffing it in their packs before handing it to support team members at road crossing meet-up points. 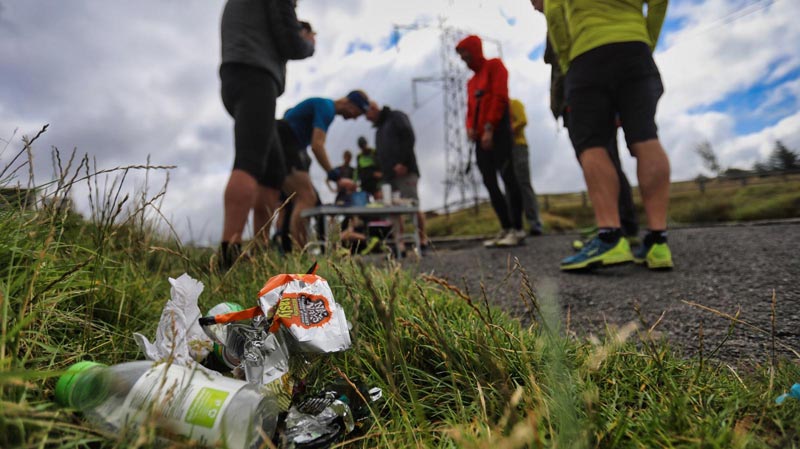 Damian and team with some of the litter collecting

Speaking at the finish (which he reached at 7:34pm on Friday July 24th), Hall, an ultramarathon running coach, freelance journalist, author and climate change campaigner, said: “I feel overwhelmed, really. I remember writing about Mike Hartley’s 1989 record in the Pennine Way guidebook before I got into running and thinking ‘That’s insane, I could never do that!’

“It was a huge team effort and I couldn’t have made it happen without the support of my road crew, pacers and the people we met along the way. I had the inevitable low spells, but the incredible team got me through them.

“I felt hugely motivated by three things and had FFF written on my arm in permanent marker as a reminder. They stood for Family, Friends, Future – the latter relating to our need to protect the planet.

“There wasn’t lots of litter on the trails, but we picked up anything we saw. The road support crew did likewise from the places they met me at along the way.

“Also, the whole attempt has been certified as ‘carbon negative’ by Our Carbon, as has all my running and my family's lifestyle for 2020.”

Damian arrives into a village supported by locals

The record Hall beat had previously been set just a week earlier by his friend John Kelly (64 hours 46 minutes); an American ultramarathon runner now based in England. Before that it had stood unbeaten for 31 years, belonging to legend of the long-distance running sport, Mike Hartley, who ran 65 hours 20 minutes in 1989.

Kelly ran the route south to north, starting in Edale, while Hall followed in the footsteps of Hartley by doing it north to south. Either way, the route is regarded as one of the toughest in the UK. 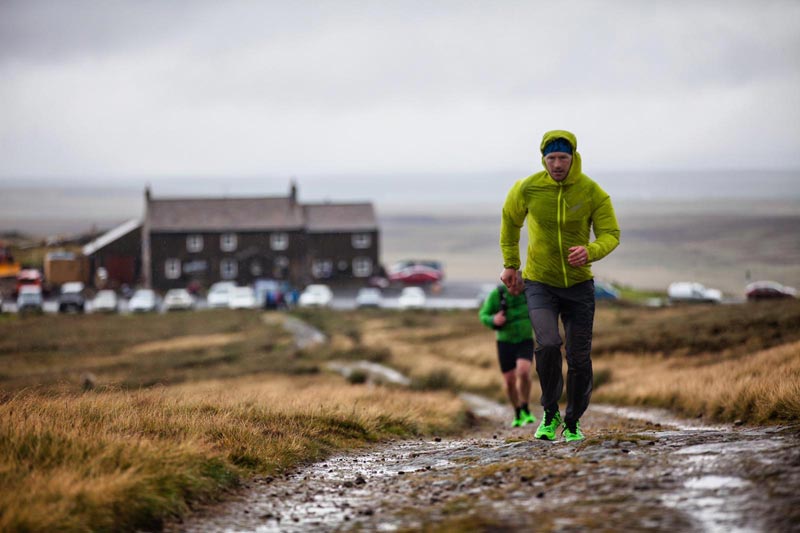 Leading up to their separate attempts, Hall and Kelly swapped information, while also placing a high-stakes hot beverage side bet on the outcome. Kelly lost and has since had his first sip of English tea!

More in this category: « Sabrina Verjee becomes 1st woman to complete continuous Wainwrights round. Dragon’s Back Race gets longer and tougher with sixth day and Cardiff Castle finish »
back to top