Day one of the 2021 Montane Dragon’s Back Race saw a one-two-three of Wales-based runners and the early retirement of two pre-race favourites.

367 ultra runners from 24 nations set off from Conwy Castle at 7:00am, cheered on by family, friends and other local spectators. They faced a very challenging first day, with the temperature steadily rising every hour until late in the afternoon. Almost a third of the runners failed to complete the day.

Simon Roberts and Russell Bentley pretty much ran the whole day together, safely negotiating the challenges of Tryfan, Crib Goch and the Snowdon horseshoe. Welshman Simon crossed the line first in 7:25:14 and has a slender lead of just 13 seconds over Russell (7:25:27), who is also based in the country. Third man across the line – and another Welsh runner – was Matt O’Keefe (8:41:58). Meanwhile, two of the leading contenders fell by the wayside, as previous winner Marcus Scotney and Kim Collinson both pulled out with injuries. In the women’s race, Katie Mills is setting the early pace, ahead of Elaine Bisson and Zoe Murphy. 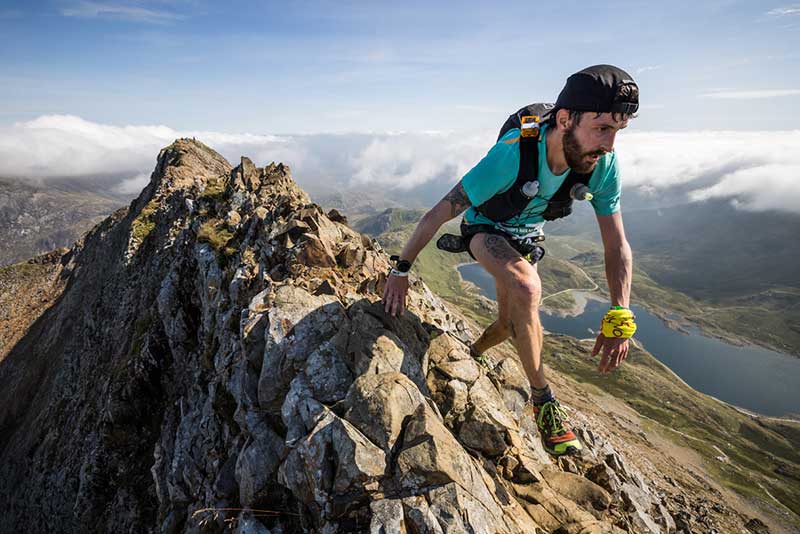 A very focused Simon Roberts on Crib Goch, leading on day one of the 2021 Montane Dragon's Back Race - ©No Limits Photography

Simon, who was 23rd in the 2019 Dragon’s Back Race, said: “I went out to be first today. That is what I wanted but it is only one day in. It was good running with Russell and he’s going to be tough to get past. I have set out to win and so we will have to see what happens.”

Katie said: “It was very hot but lovely today. I got the worst cramp on all the uphills, so I just tried to go slow and then try to make it up on the downhills. I am really surprised to be the first lady. I started pretty much at the back because I wasn’t sure where to line up. I wanted to enjoy the city walls at the beginning, which I did.” 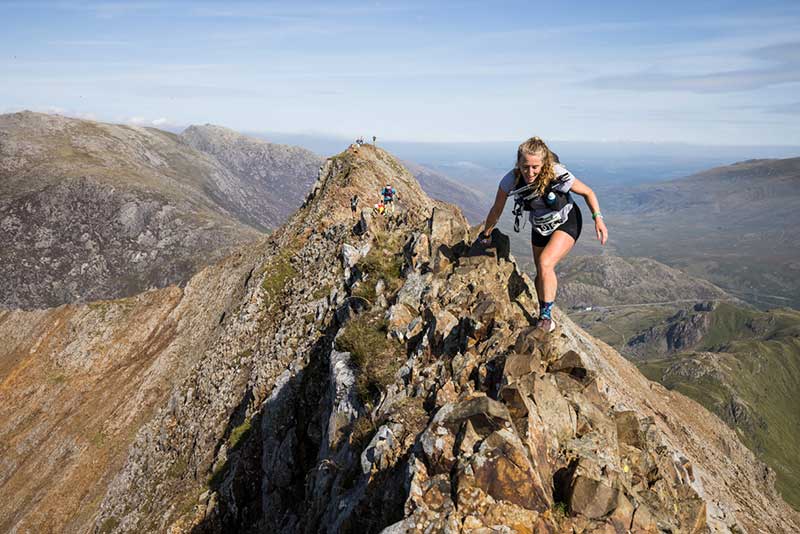 Further back in the field, the heat and terrain took a big toll on the field, with 118 runners dropping out through injury, fatigue or by failing to make the cut-off times. This was a much higher number than the 44 who didn’t complete day one at the last race in 2019.

More in this category: « The beautiful but tough 21km Skyrace du Rocher Blanc 2021 Montane Dragon's Back Race - Day 2 sees more drop-outs as heat takes its toll »
back to top

Berghaus Adapts aims to make the outdoors more accessible for all