The weather and the racing heated up on day two of the 2021 Montane Dragon’s Back Race.

As temperatures soared to around 30 degrees Celsius, the leading competitors employed different tactics to try and gain an advantage on the course. However, the main story of the day was the combined effect of the heat and the terrain on the competitors. Rough, remote and often trackless terrain on Cnicht, the Moelwynion and Rhinogydd made going very tough and almost half of those who started, failed to complete the full day by the cut-off deadline of 10:00pm. Of the 367 who started on Monday, only 125 are left in the full race. 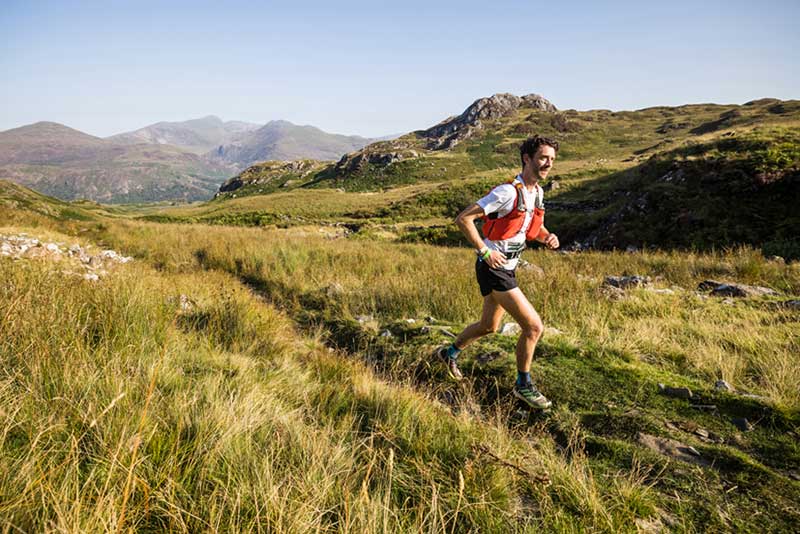 Speaking at the support point, Russell Bentley commented: “Man, it’s hot out there. I went for a full on swim in a couple of the lakes, just to try and cool down.”

Simon commented at the finish: “I am surprised that I am still in first place. I was so slow in the Rhinogs [The Rhinogydd]. I went to some dark places up there and I found it hard to breathe. It was just so hot. Today has been my hardest running day ever. It is maybe due to the effort yesterday as well, but the heat has been so hard.”

On crossing the line, Katie Mills commented: “It’s so hot. Is there a river here? If so, can someone please take me to it?”

Elsewhere in the race, there were some very warm and weary runners, and heartfelt expressions of relief on crossing the line before the cut-off deadline of 10:00pm. Among them was Stuart Anderson, MP for Wolverhampton South West, who decided to tackle the race to raise money for charity, and has safely made it through the first two days. Although the number of runners who are still in the full race has reduced dramatically in two days, there are still many others who are continuing their journey south through Wales, tackling full or half days as ‘non-competitive’ runners. The camaraderie among all of the athletes on the course and in camp is very strong, from the front of the field to the back. 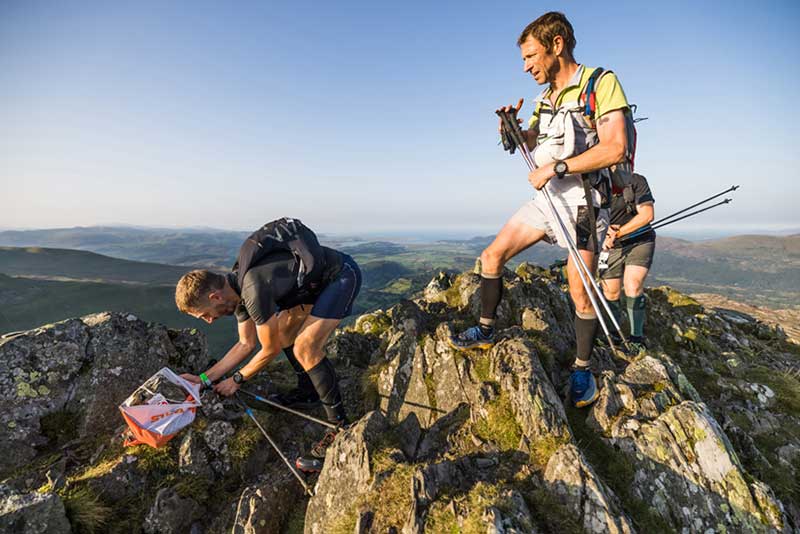 Those runners who are still in the full race have yet to complete a third of the distance and day three is one of the longest that they will face. Cadair Idris looms over the day two campsite and is their first target, guarding the Cambrian Mountains that stand between them and the finish, 70km and 3,400m of climbing away.

Katie Mills is looking forward to it, commenting in camp: “As I ran the final section today I looked over at Cadair Idris and I thought that I am going to enjoy being up there tomorrow.”