After two punishing days of the 2021 Montane Dragon’s Back Race, day three didn’t offer much respite to the remaining runners.

While not quite as warm as Tuesday, the weather remained hot and this was one of the longest days of the event, with Cadair Idris presenting a towering early obstacle. The day also included some long, very runnable sections, ideal for the faster athletes, if they still had the energy. The hard core of leading competitors all made it through the day safely, but there were more casualties and the field in the full race is now down to only 105. 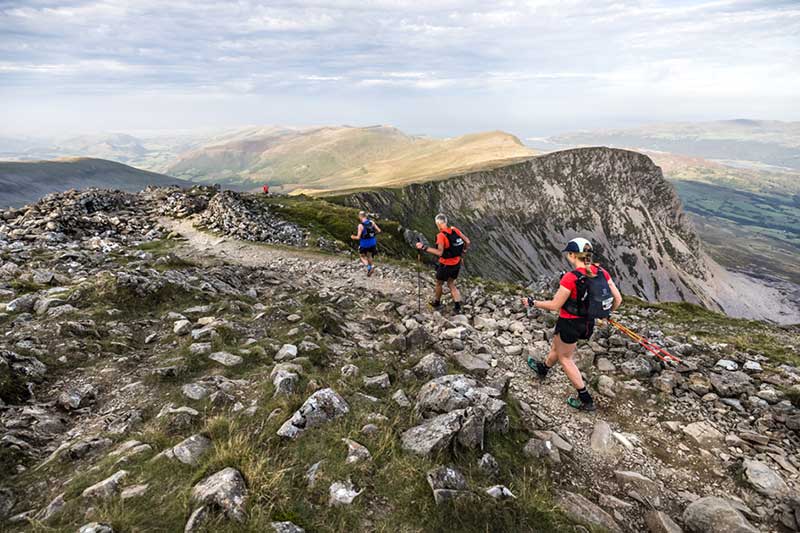 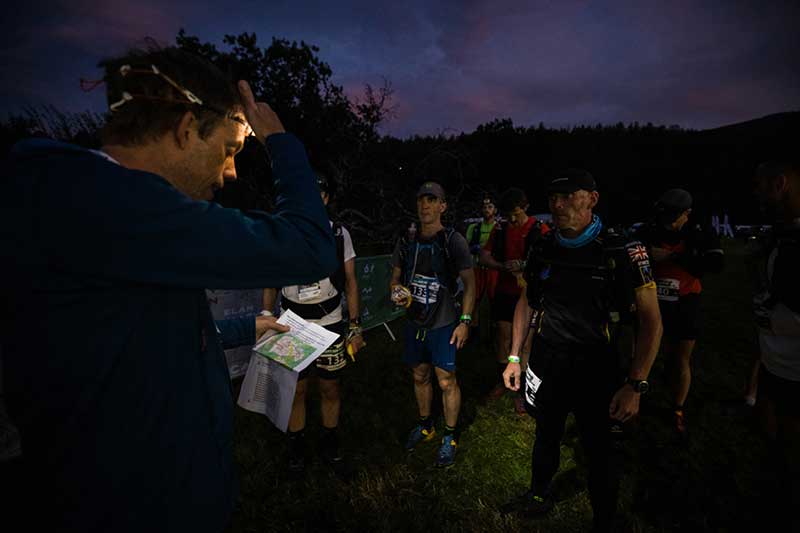 The support point on day three of the Montane Dragon’s Back Race is in the town of Machynlleth and typically coincides with market day, adding an unusual aspect to the street scene. The location also offers runners with a rare opportunity to restock their trail food and drink supplies (and buy the odd extra treat) and those watching were treated to the curious sight of ultra runners heading towards the support point in their race kit, while carrying bags of shopping from the Co-op that was on the route. Some had even taken advantage in advance of the ‘click ’n collect’ service to save a few precious seconds. 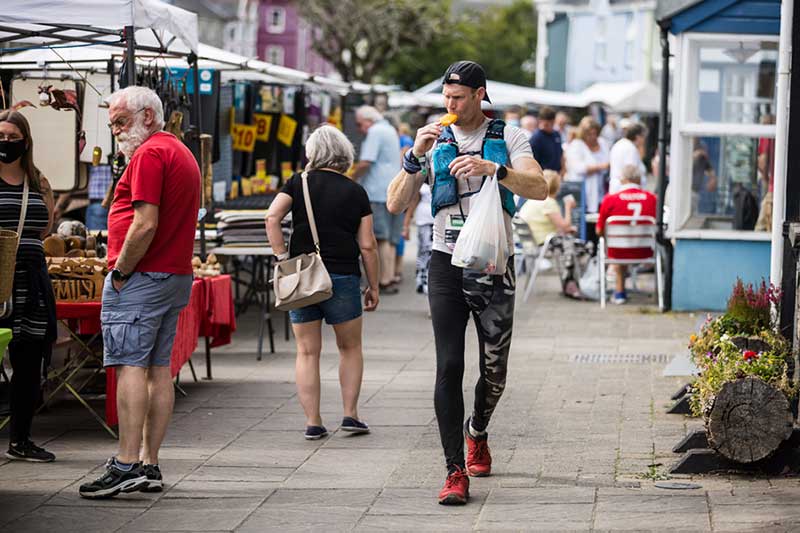 Simon Roberts comments: “I felt a lot more recovered this morning than I thought I would be, but I still found today very hot. I was melting out there. I also ran out of food too soon before the support point and I found it hard to eat all day. The past two days of heat has taken it out of me. I felt like I had dead legs and I struggled. But tomorrow is another day and I will just keep on running.”

Russell Bentley comments: “I wanted to get out early to avoid the heat. I was too hot yesterday. I knew I would be running on my own in the hills and I focused on that. I was trying to do my own thing rather than worry about the competition. It was a beautiful day and a spectacular course. It was far more runnable and the conditions were thankfully more temperate. I have done what I can today so I am happy.”

Katie Mills comments: “It was good today and it was more runnable. There was also a breeze. It was the first time I could look at the views because for the past two days I have been staring at my feet due to the tough terrain. I am usually terrible in the heat. So, I have just slowed down. I drink a lot more water than normal, force myself to eat and dowse myself in rivers a lot. I am enjoying the race.” 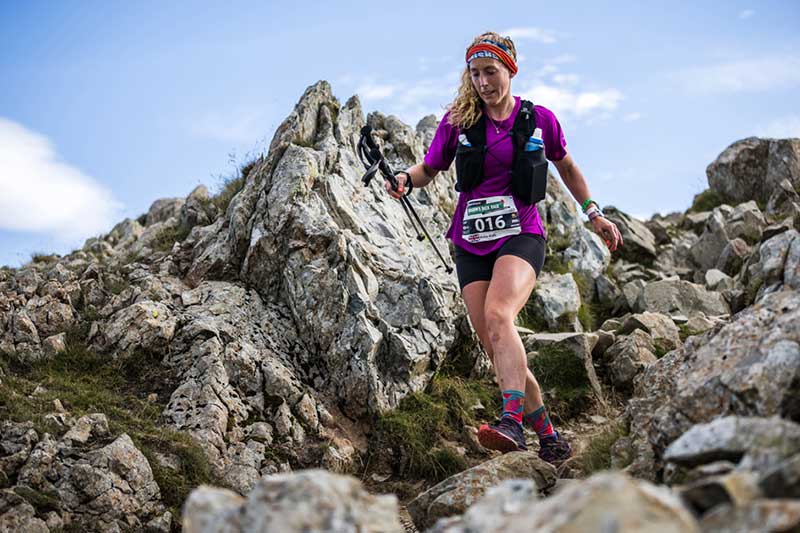 Elaine Bisson added: “It was better because it was cooler and I was able to go to the Co-op in Machynlleth. I got some ice cream and cola and it was heaven.”

Day four involves a lot less climbing (2,300m), but it’s another very long route at 69km. The runners will have to manage the cumulative effect of three days in the heat, while also making sure that they’re still ready to attempt the monstrous new day five route that traverses the Brecon Beacons. The weather was set to change overnight from Wednesday to Thursday, bringing even more new challenges for all of the prospective ‘Dragon Slayers’ to overcome.

More in this category: « 2021 Montane Dragon's Back Race - Day 2 sees more drop-outs as heat takes its toll Salomon Skyline Scotland returns this weekend »
back to top