A new film, which premiered at this weekend’s Kendal Mountain Festival 2020, reveals the audacious attempt by two runners to break an historic record on one of the UK’s toughest long-distance paths.

Totally FKT uncovers the on-the-trail story of elite athletes John Kelly and Damian Hall as they battle to set the fastest time on the 260-mile Pennine Way. 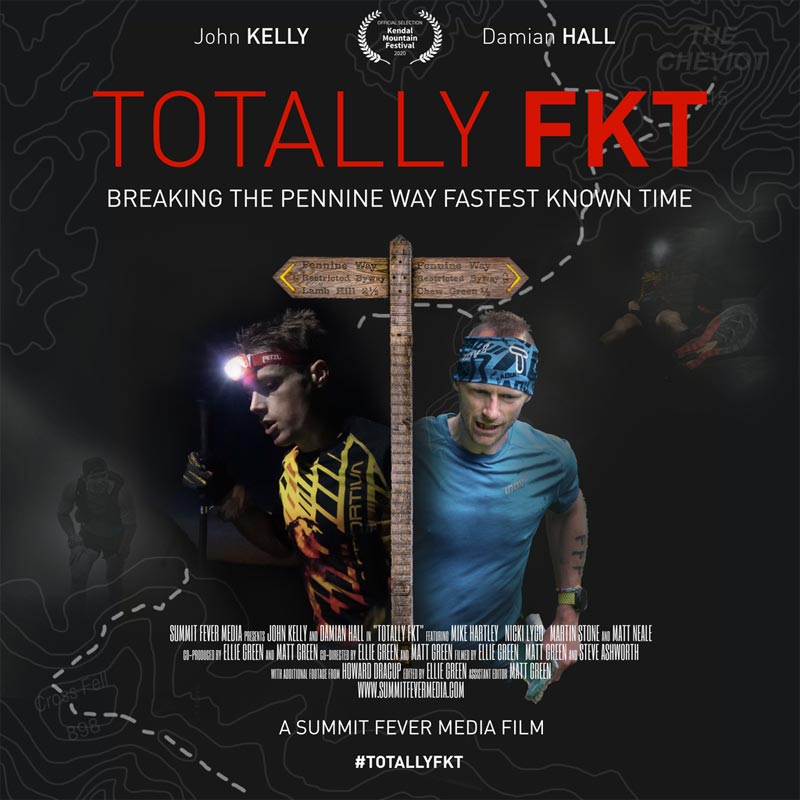 The goal is a seemingly unachievable time of 65 hours 20 minutes set 31 years ago by legendary English fell runner Mike Hartley. Although Kelly and Hall made their remarkable attempts a week apart, the film cleverly weaves together their two stories of pain, exhaustion, illness and, finally, relief and joy, in up-close detail.

For those that do not know the eventual outcome, it offers nail-biting viewing, while for those that do, it is a chance to witness the grit and determination required to run non-stop on the notoriously intimidating route.

Clive Allen, director of Kendal Mountain Festival 2020, said: "I’ve been waiting for months to see Totally FKT and it certainly doesn’t disappoint. It weaves together the history of the route, the unlikely situation of two attempts within days on a record that's decades old and the characters involved. All this is placed within the context of the amazing landscape and the sheer willpower and suffering these runners are willing to endure. It’s something truly special."

Damian Hall said of Totally FKT: ”It's both horrible and hilarious watching yourself on screen and the film becomes something of a gurning contest between John and I. “Matt and Ellie worked incredibly hard on this and always seemed to pop up when I was at my worst. I especially love the interviews with the likes of Mike Hartley, Martin Stone and Nicky Lygo. Their hard work and talent has paid off yet again." 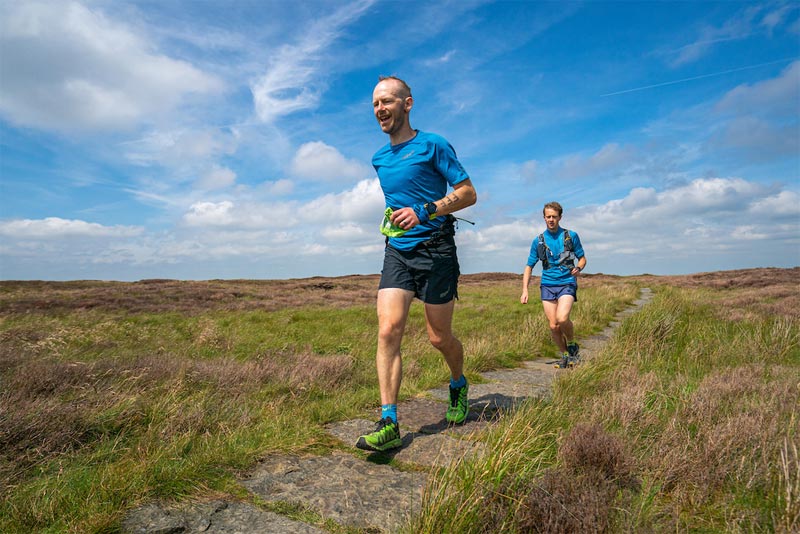 Matt and Ellie said: “We were given a fantastic opportunity this summer to provide insight into two dedicated athletes giving their all, against the odds, to break a legendary trail running record. “Now, we are really excited to release Totally FKT. There has been plenty of blood, sweat and late nights working on it, so we hope everyone enjoys the result.” Totally FKT premiered to great acclaim at this weekend’s Kendal Mountain Film Festival and is now on general release. To view: See Vimeo, price £5.98. https://vimeo.com/ ondemand/penninewayfkt (The film will also be available on Amazon.) For this project, Summit Fever Media partnered with Trees not Tees, which offers race directors an alternative to event t-shirts – planting a tree instead. Chris Zair, director of Trees not Tees, said: “Thanks to John Kelly, Damian Hall and the wider running community, Trees not Tees will have planted more 18,000 native broadleaf trees in the UK in 2020.”

All images courtesy of Steve Ashworth