In this landmark year for climbing as the sport prepares to make its debut at the 2020 Tokyo Olympic Games; Sheffield’s internationally renowned bouldering competition, the Climbing Works International Festival (CWIF) will this weekend welcome amateur, professional and for the first time Olympic qualified climbers to compete side by side.

The Rab CWIF is one of the few competitions of any sport that allow members of the public to compete alongside their climbing heroes. Saturday’s qualification round is open to all and will be set to separate out the very best climbers, whilst the evening session’s off-piste circuit and fancy dress competition bring the Climbing Works’ very unique brand of mayhem to the proceedings.

Spectator tickets are now sold out but CWIF 2020 will be viewable live on Sunday 14th March at 12 noon for the semi finals and 18.20 for the finals. Audiences new to climbing will be guided by an expert team of climbing commentators providing insight and a blow by blow account of the on-screen action. 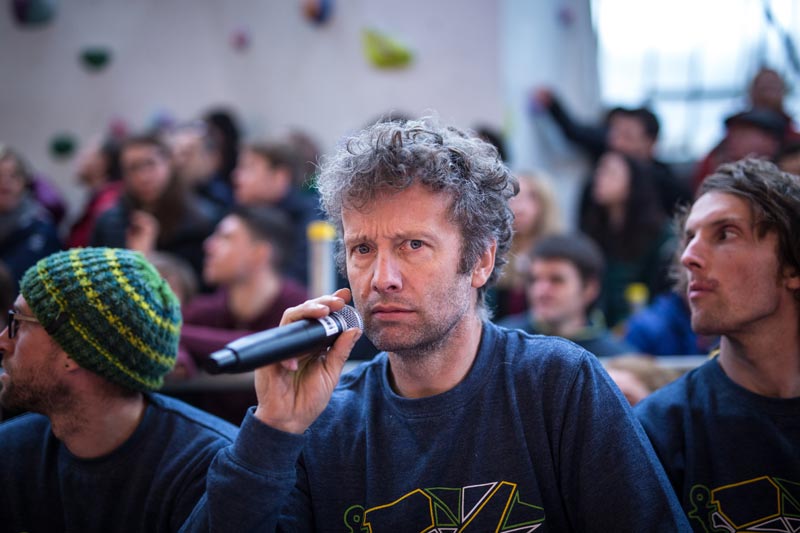 Travelling to Sheffield to pit themselves against the route setting prowess of a specially assembled CWIF setting team, are six stars of the international climbing competition circuit and newly qualified Olympic athletes. From the USA is 18 year old Brooke Raboutou, who is the youngest person in the world to climb 8c (5.14b) at the age of 11. Joining her is teammate 23 year old, Nathaniel Colman who recently claimed his 4th USA National Bouldering title. Out of the climbing powerhouse of Japan comes Yoshiyuki Ogata and Tomoaki Takata. Completing the line-up of Olympian competitors at CWIF 2020, from team Germany is 28 year-old Jan Hojer and 26 year old two-time CWIF champion, Alexander Megos, both frequent visitors to the UK’s climbing heartland, famed worldwide for its extensive heritage in the sport and the Peak District’s gritstone.

Heading up the CWIF route setting team is Climbing Works co-founder and Chief Olympic routesetter Percy Bishton, who, on Thursday 12th March at 7pm will be sharing his 30 year experience of the profession, giving the insider account of setting for international competitions as well as offering up his thoughts on the forthcoming Olympics.

Representing the best of British climbing are GB Climbing squad members: 21 year old Will Bosi, who recently became only the second Brit in history to climb the grade of 9B; hard climbing all-rounder, 21 year old Jim Pope, known for his successful dispatches of some of the most iconic traditional gritstone routes in the Peak; reigning British Bouldering Champions, Holly Toothill and Nathan Phillips, Phillips was also a finalist of the 2018 Bouldering World Championship and former CWIF winner; Aidan Roberts CWIF 2018 finalist, Mr BIFF aka Alex Waterhouse, winner of this year’s Beastmaker International Footless Festival (BIFF) held earlier this year at the Climbing Works, 2019 British lead and speed climbing champion Billy Ridal who also put in a solid performance to place in the semi-finals at the recent Studio Bloc competition; and two-time winner of the Plywood masters 20 year-old Hannah Slaney. 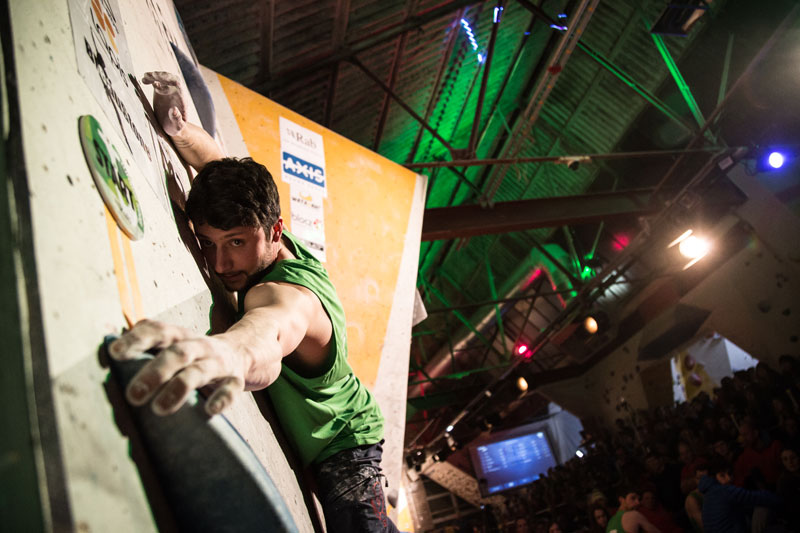 Returning for a fifth year as presenting sponsors of the CWIF are global outdoor clothing and equipment brand Rab. Founded in Sheffield, Rab is as synonymous with the climbing community as steel is to the city. Visitors to the CWIF will be able to find fantastic deals on selected ranges at the Rab Shop located in the marquee at the entrance to The Climbing Works, for the curious and the tech-heads, the Rab Lab will reveal the science that goes into making Rab equipment and for those willing to take on the challenge of the CWIF, there is an extra incentive with Rab goodies up for grabs for anyone who can make it to the top of selected boulder problems to find the Rab Swag Tags.

Also supporting the year’s event are shoe manufacturer Scarpa who will host a pop-up shop over the weekend. The latest holds from across the industry will be on show for climbers to test themselves against, led by X-Cult who will be showcasing a range of holds including the stunning new evolution fibreglass range

As is tradition, The Climbing Works will provide a free BBQ from 3pm on Sunday, Pizza and a range of beers brewed by Magic Rock Brewing will also be available for purchase.

More in this category: « Winter climbing festival kicks off Together TV orders Yorkshire version of successful Walks Around Britain »
back to top

MyOutdoors @MyOutdoors
RT @ImagesBeck: #guessthefell 26.5.20 The last one wasn't easy, here is a less challenging one. Just name the fell. For a bonus, whats the…

MyOutdoors @MyOutdoors
@snoweider I find the best way is just cook an extra portion when cooking favourite meals. You can pick up a vacuum… https://t.co/V05o73xJ7G

MyOutdoors @MyOutdoors
@snoweider Learn how to dehydrate your own food. It saves a fortune on hill food from dried fruit to full camp meal… https://t.co/HWjhyk8exj