SAXX Underwear and Blacks Outdoors have teamed up to launch a campaign which aims to break down barriers and lessen the stigma surrounding male body image, mental health, sexuality and pressure to be a man.

Speaking to eight men from all different walks of life, ‘A Brief Discussion’ features a series of videos covering topics such as men’s mental health, body image, what it means to be masculine and more.  The video series will see ex-snowboarder Tim Warwood speak to eight equally inspirational men, delving into their thoughts and feelings about traditionally taboo subjects. 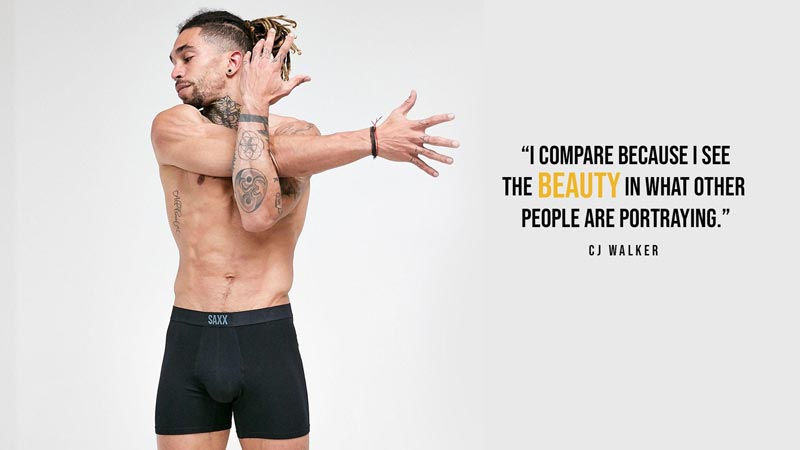 Amongst the men to feature in the series is a Security Specialist with a skin condition called Vitiligo, a man who suffered with mental health problems following a leg amputation, and an ex-military serviceman who has experienced struggles with PTSD.

The series was developed following an exceptionally tough year for society. With such a large number of people facing difficult and isolating times, 2020 in particular highlighted how issues facing men in the 21st Century are all too often overlooked.

A Brief Discussion intends to create an open forum for men to speak out about their experiences, to have honest discussions regarding things affecting their daily lives and to encourage those who may need it to seek help. By acknowledging struggles that men face, the series aims to create a community which inspires people to talk to one another and bring to light issues that are not typically spoken about. 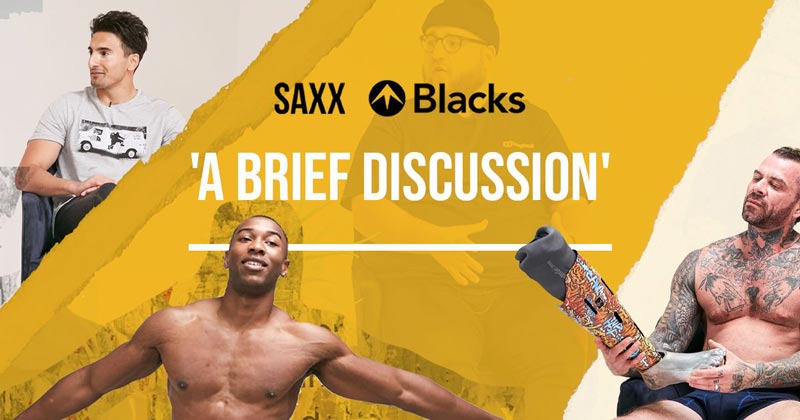 “A Brief Discussion is one of the most important campaigns we’ve created to date and that I’ve worked on at Blacks. In starting the conversation on traditionally taboo subjects, we aim to encourage our audience to speak up too.

“Through deeply honest chats with special guests over three videos, we’ve worked with our partner brand SAXX to create an open space for men to share their thoughts.”

She continued: “By raising awareness about previously stigmatised topics, we hope to assist others in finding help, to support one another, and to ultimately be themselves. We genuinely want to make a positive difference – even if it helps just a few men open up, the campaign will be very worthwhile.”

Body image. Two words to describe something that can never be identical. Billions of times over.

Join our host, Tim Warwood as he discusses all things body image, with our seven inspirational guys from across the UK.

Find more information on the Blacks website or follow the campaign across the Blacks and SAXX Underwear social media platforms.

More in this category: « Berghaus helps North East homeless charity take the load this Christmas Jack Wolfskin to host Scotland based Wolftrail adventure in 2021 »
back to top