Leo Houlding has marked his 40th birthday by introducing the next generation of his family to the kind of adventures that he has become renowned for since he teamed up with Berghaus in the late 1990s.

Leo, who has been sponsored by the outdoor brand for over half of his life, took his wife and young children on a four-day climb of the iconic alpine peak Piz Badile. They all celebrated his landmark birthday in a bivouac high on the mountain and his children became two of the youngest climbers to stand on the summit. 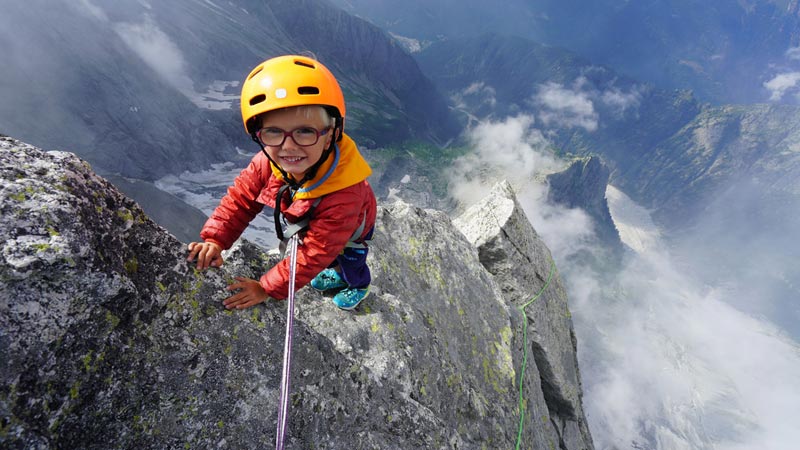 Leo Houlding has been climbing since the age of 10 and has been working with Berghaus all of his adult life. He is already a veteran of more than a dozen major expeditions that have taken him around the world, from the summit of Everest to remote Arctic and Antarctic peaks, via Yosemite, the jungles of South America and the Old Man of Hoy. In all of those adventures – and many more – Leo has put the latest Berghaus products to the test, playing a key role in the development of key innovations in the Extrem range and by the MtnHaus innovation team

For his 40th birthday celebrations in the Alps, Leo was joined by his wife Jessica and their children, seven-year-old Freya and three-year-old Jackson. Together, they spent four days on the round trip to climb the north ridge of Piz Badile, on the border of Switzerland and Italy, carrying all of their equipment and supplies, and staying overnight in alpine huts and bivouac shelters. By reaching the summit of the 10,853ft peak, Jackson Houlding may have become the youngest person to stand on the top of Piz Badile. 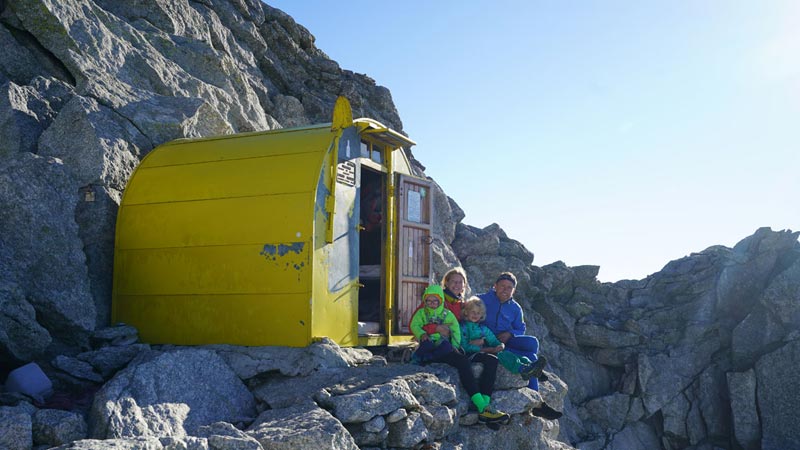 Leo Houlding comments: “I’m so fortunate to have been able to feed my appetite for adventure almost constantly since I was a child. It’s been a huge privilege and my relationship with Berghaus, and its people and products, has played a massive role in making that possible.

“I have always encouraged everyone to engage with adventure at any level and I'm very proud to be a trustee of the Outward Bound Trust, which last year introduced 30,000 young people from mainly underprivileged, urban backgrounds to the joy of outdoor action. As I’ve matured a bit and with a good deal of experience, I’m enjoying taking a mentoring role and sharing some of what I’ve learned with the next generation of adventure climbers, and of course my own kids. 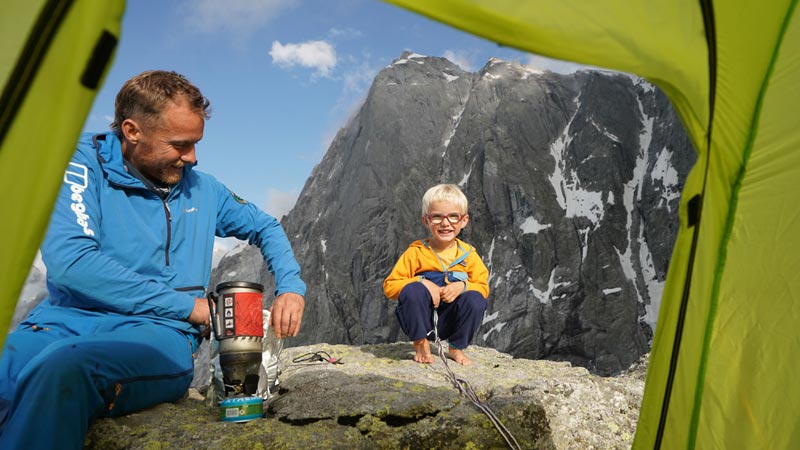 Leo and Jackson Houlding at camp on their Piz Badile adventure

“We were planning an excursion into the wilderness of the Wind River Range, Wyoming this summer but due to USA travel restrictions we changed plans to a campervan trip around the Alps. The north ridge of the Piz Badile is unique in its astounding quality, great length and lack of objectives hazards. I was confident that if we had a stable weather window, we could make a family ascent and lucked out that the good spell saw us summit on my 40th birthday. Watching the dawn above the clouds, surrounded by everything I love the most was magical. It was a very special family adventure – as important and memorable as anything that I have done before.”

Leo Houlding secured his first sponsorship deal with Berghaus when only 17 and has been one of the company’s key brand ambassadors ever since, alongside the likes of fellow of fellow climbers Sir Chris Bonington, Mick Fowler, and, more recently, Anna Taylor. Leo has used Berghaus products in some of the most spectacular climbing expeditions of the last 20 years, which have included new routes and first ascents such as The Prophet on El Capitan in Yosemite, on remote peaks Ulvetanna and the Spectre in Antarctica, Mount Asgard on Baffin Island, and, late last year, the Prow of Roraima in Guyana. 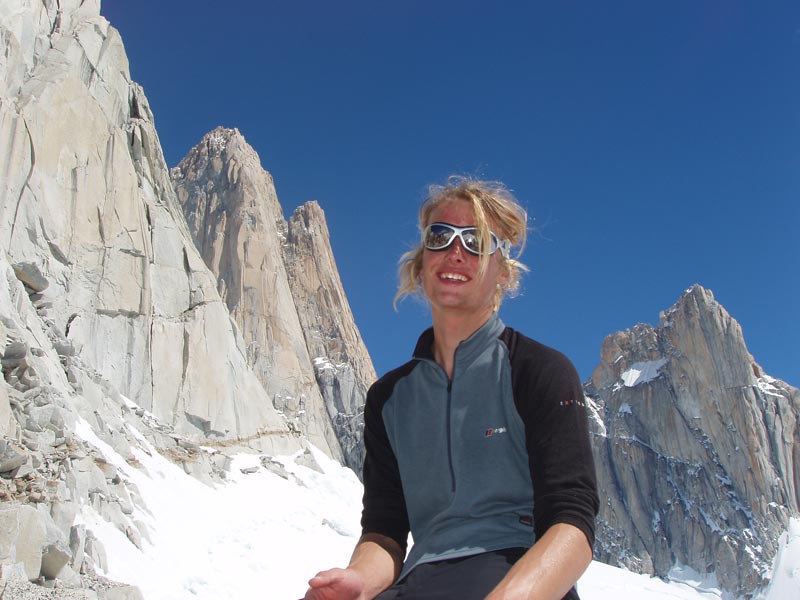 Leo Houlding in a Berghaus Xstatic baselayer in the early 2000s

Leo has also climbed extensively in the UK, from locations near his home in the Lake District, to classic routes in Wales and Scotland. For many years, he was the youngest person to have scaled the Old Man of Hoy on Orkney, which he first climbed at the age of 11. In 2014, he returned to the famous sea stack with Sir Chris Bonington. Almost 50 years after Sir Chris made the first ascent of the Old Man, they marked his 80th birthday by climbing it again together. In his most recent major expedition, late in 2019, Leo led a team to successfully complete the first free climb of a route on the Prow of Roraima in Guyana. He invited 21-year-old Anna Taylor, who had just been sponsored by Berghaus, to join his crew, introducing another generation to the world of big wall climbing.

More in this category: « Arcteryx announce August 2020 Digital Climbing Academy
back to top

MyOutdoors @MyOutdoors
RT @Leatherman_UK: We are running a competition over on our Instagram!! Go and check it out to be in with a chance of winning a Leatherman…

MyOutdoors @MyOutdoors
RT @60Minutes: “In the course of this particular pandemic that we're going through, I think people are discovering that they need the natur…

MyOutdoors @MyOutdoors
After hearing this latest advice we've taken the difficult decision to halt all our garden marquee test and reviews… https://t.co/igjGvRC3sb