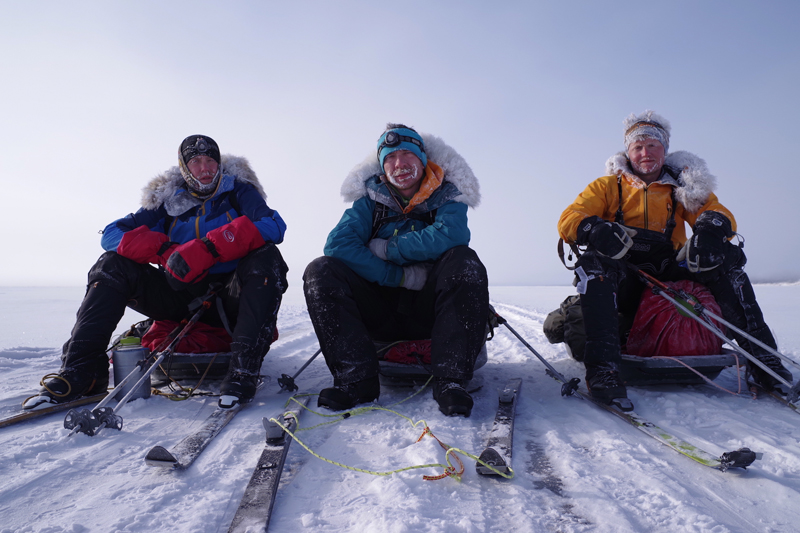 To do so, the three adventurers had to put in a final continuous push of 135km over 42 hours, during which time they slept for just two hours, in their bivvy bags.

"I'm totally knackered, but very happy," said Gilmour, as he feasted on bacon and eggs at the finish. "I'm very relieved to be finally finished. I had a very tough last couple of days, but felt inspired and encouraged by my team mates, Mike and Rob, who helped me through. I'm just proud to have shared this experience with two great team-mates."

"After five years of planning this trip, it's finally come off!" said an emotional Trigwell. "I'm extremely happy to have ticked this one off my list – finally."

"Relief is my number one emotion," said Stevenson. "The terrain really saps you. It's so draining. I want to thank my two team mates, they're great guys. I can't wait to get home to see my kids. What's next? Maybe the South Pole!" 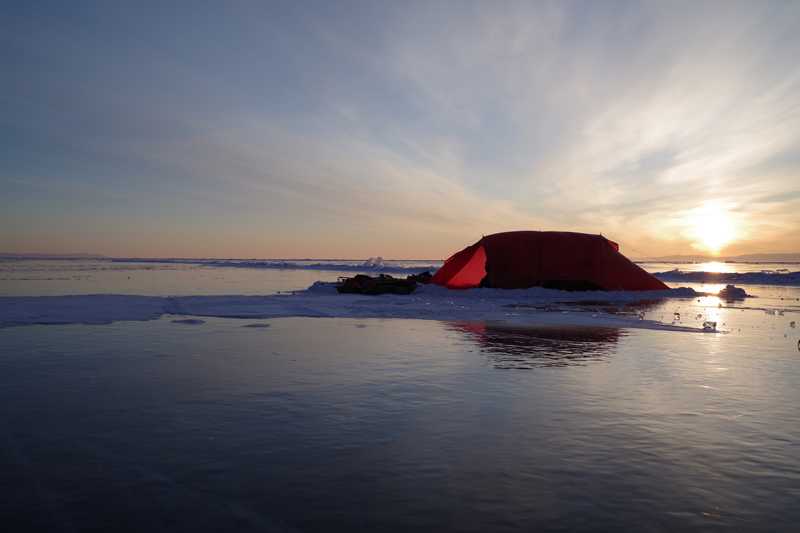 The record-breaking attempt took place in the highest snowfall in the region since 1969, with temperatures regularly down to -35°C, and often strong winds. Though the team had spells of good weather too.

During the expedition, the team had to navigate around areas of ‘rubble ice’, as they pulled sledges containing all their equipment and food, covering 50 kilometres a day on average.

They survived most of the trip with just one working stove, meaning every night one of them would stay up late melting water for the others, while their team-mates slept. They averaged four hours' sleep per night over the 12 days. 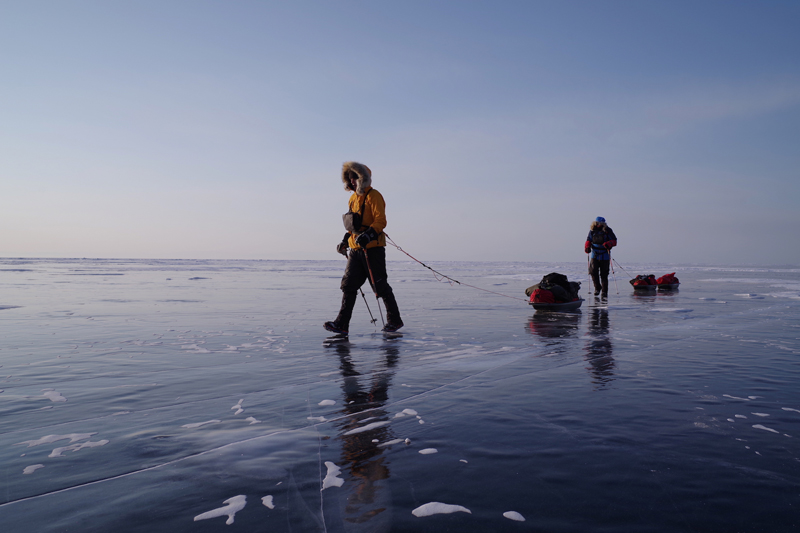 “It's an amazing effort by a team of relative beginners in the world of polar travel,” said Philip Hayday-Brown, a polar adventurer, guide and co-owner of Ultra Endurance Series, who was in charge of operational support for the attempt. “Two of the three have very little experience of this kind of expedition, making this record all the more meaningful and impressive. They've proven that with some basic knowledge of how to survive and perform in regions of extreme cold, anything is possible.”

The team benefitted from expert training in Sweden on a Polar Endurance training package from Weatherised.com, prior to this trip.

The trio would like to thank Extreme Adventure Food, “For the excellent products that got us through a demanding expedition”.

Evidence of the new speed record crossing of Lake Baikal, a GPX route from the spot tracker, showing the whole route with times and dates, will be available shortly.

More in this category: « Extremities guide to choosing the perfect glove 10 reasons why the coast is the perfect holiday destination »
back to top

MyOutdoors @MyOutdoors
"Every generation has its own path. Even when following in the footsteps of predecessors, one's individual experien… https://t.co/RtLCawBmxz

MyOutdoors @MyOutdoors
Sad to hear Harry White is moving on after 7 years with @MySwitzerland_e . It's been a real pleasure Harry and than… https://t.co/pTNKwt3MqS

MyOutdoors @MyOutdoors
RT @Fionaoutdoors: What rubbish in a press release from @LandRover and with quote from ambassador @KentonCool Did he get to read the press…