On the 27 September at 16:00 UK time, the Alpine Club will broadcast a livestream of their latest exhibition: ‘Everest: by Those Who Were There’ via their Facebook page.

The exhibition marks the centenary of the very first Everest expedition in 1921 and uses the words and possessions of expedition members from 1921, 1922 and 1924 to tell the story of the first attempts to climb the world’s highest mountain – from the search for its exact location in 1921, to the fateful summit attempt of George Mallory and Sandy Irvine in 1924. 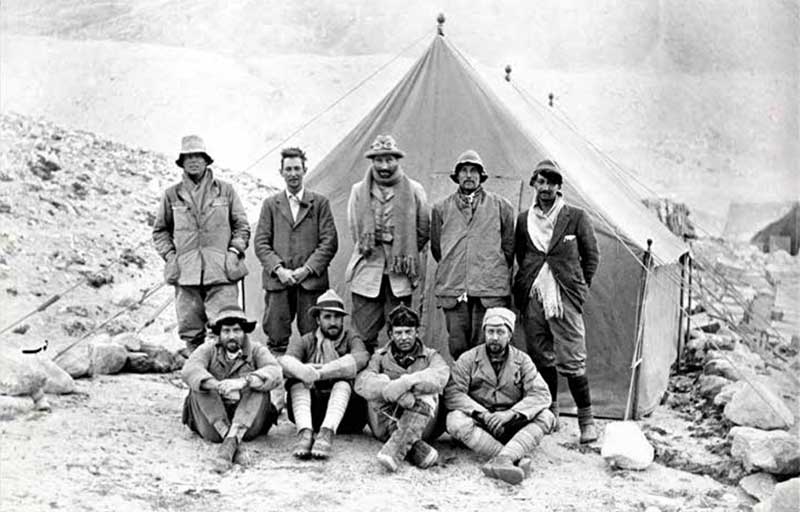 The 1924 Expedition Party. (Irvine and Mallory on the back left)

The livestream will be presented by Alpine Club librarian Beth Hodgett (@AlpineLibrarian) and will provide viewers with both an overview of the 1920s expeditions and the opportunity to see many of the artefacts on display, including the watercolour paintings of Howard Somervell, a piece of the mountain itself and Sandy Irvine’s ice axe.

The exhibition’s curator and Honorary Librarian of the Alpine Club, Barbara Grigor-Taylor said: “During the past 18 months it has been especially hard, and at times impossible, for everyone who might wish to attend the exhibition to make their way to see it in person. That’s why we’re so excited to be able to offer this opportunity for as many people as possible to receive a tour of the exhibition online.” 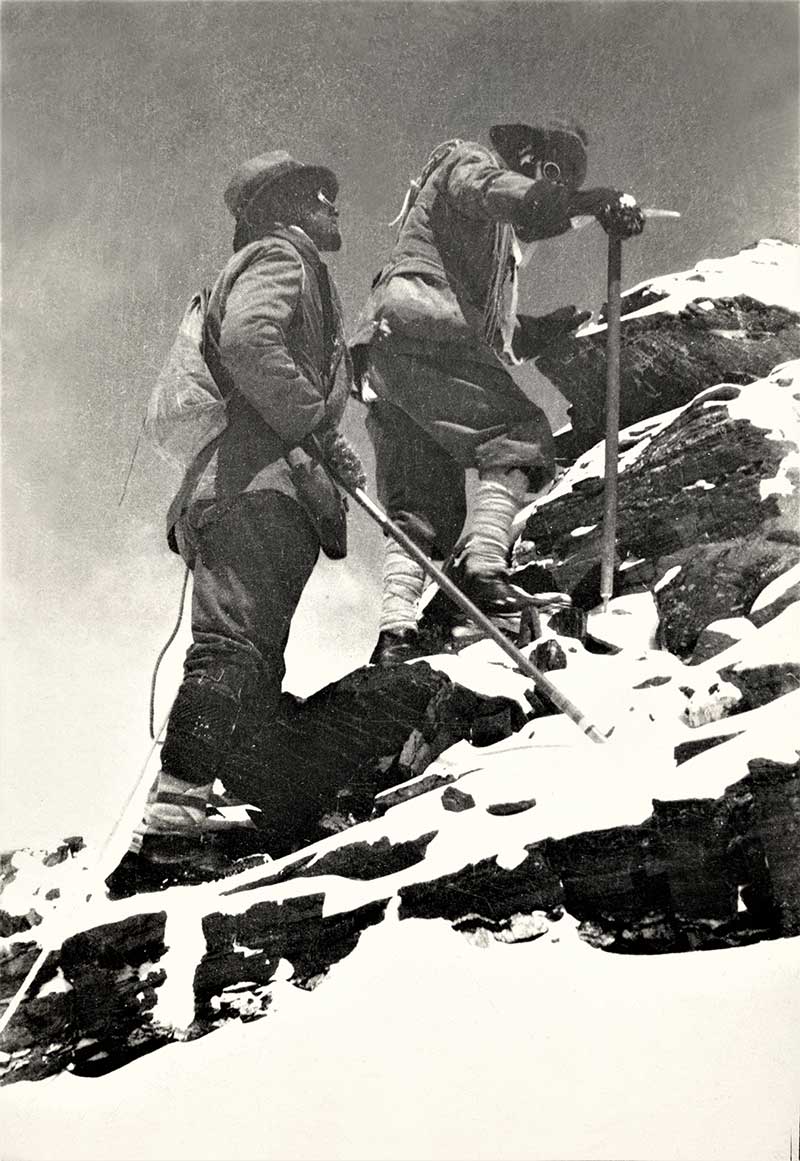 Mallory and Norton in their tweeds and soft hats without oxygen climbing at 27000 ft. on the first attempt at the summit of Everest May 1922

The broadcast is expected to run from 16:00 to 16:30 and will be available to view after the fact via the Alpine Club’s Facebook page.

‘Everest: by Those Who Were There’ will complete its London run on the 20th of October, with visitors welcome to the Alpine Club’s premises at 55 Charlotte Road, London on Tuesdays and Wednesdays between the hours of 12:00 and 17:00 until then. (Please contact This email address is being protected from spambots. You need JavaScript enabled to view it. to book a visit). A commemorative exhibition catalogue, detailing the three 1920s expeditions and reproducing the full exhibition collection is also available for purchase via the Alpine Club website.

More in this category: « Climb2Recovery Veterans take on their most challenging climb to date, in the French Alps Anna Taylor completes first "self powered" Classic Rock round. »
back to top