Organisers of the event were looking at many different scenarios but with the extensive road closures required to put on the world's greatest cycling festival and the number of participants and spectators, a decision has been made to focus on delivering a virtual event for 2021 and to concentrate on bringing the event back in 2022.

Will Norman, the Mayor's Walking & Cycling Commissioner, said: "It is very disappointing that RideLondon cannot take place in May, but with London still in the grip of the Covid-19 pandemic it is the most responsible decision. We know many Londoners have taken up cycling over the past nine months and we are doing all we can to support this and help avoid the risk of a damaging car-led recovery, including rolling out new cycle lanes across our city."

Hugh Brasher, Event Director of RideLondon, said: "We know it is very disappointing news that the events planned for May cannot take place, especially for charities, as more than £80 million has been raised for good causes since the first event in 2013. However, I am sure everyone understands why this decision has been made and we look forward to welcoming participants and the professional peloton to ride the streets of London in 2022.

"We are currently working with the Mayor's Office to deliver a virtual event in the summer designed to inspire as many people as possible to cycle more often and also to engage some of the hundreds of thousands of new or lapsed cyclists to raise money for the many charities whose income has been so affected by Covid 19."

The pandemic also caused the cancellation of the 2020 event and a virtual challenge, My Prudential RideLondon, was organised over the event weekend in August 2020 which raised more than £3 million for charities.

In its first seven editions from 2013 to 2019, RideLondon became established as the world's greatest festival of cycling, with 100,000 riders of all ages and abilities participating in seven different events on traffic-free roads. It inspired hundreds of thousands of people to take up cycling or cycle more often and to date a total of more than £80 million has been raised for thousands of charities. 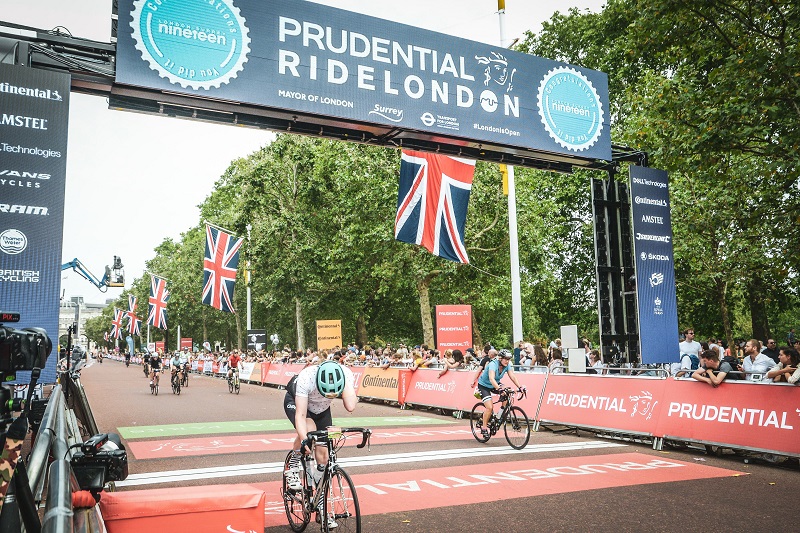