Brutal conditions for 50th Anniversary of the OMM.

The 50th Anniversary of the OMM was a huge success in the Lake District. Brutal conditions tested the competitors maintaining the OMMs’ legendary reputation.

The Original Mountain Marathon was created to allow competitors’ to test their abilities in the mountains. As with anyone entering the UK mountains the OMM requires its competitors to be able to navigate, make route decisions, manage their kit and move quickly over rough terrain.

On the Friday evening the 2000 competitors gathered in the marquee to share stories of past years and pay tribute to Gerry Charnley who created the OMM back in 1968. 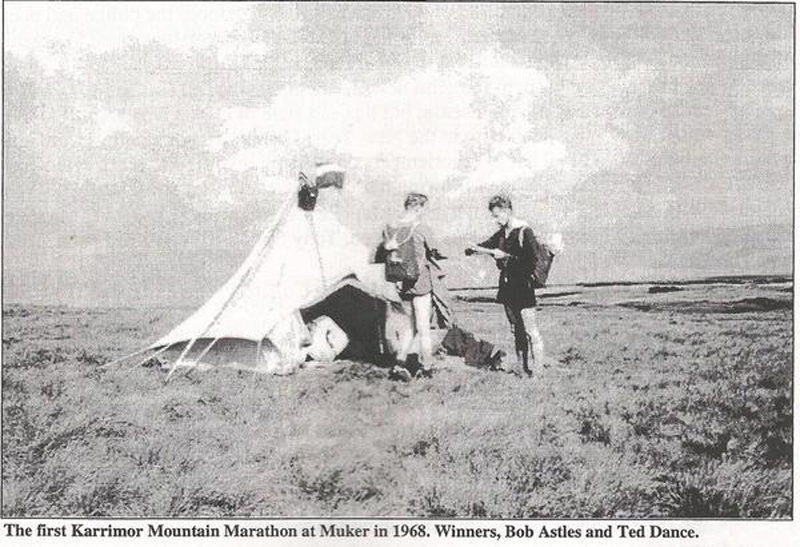 Saturday morning the blue skies gave way to a more OMM appropriate weather of driving rain and high winds. As the teams stopped to plan their routes the Elite teams skipped past led by eventual winners Shane Ohly & Duncan Archer. Shane commented that this Elite Course had the hardest day 1 course he’s ever done. This comment was mirrored across the field partly due to the challenging courses and secondly due to the conditions. 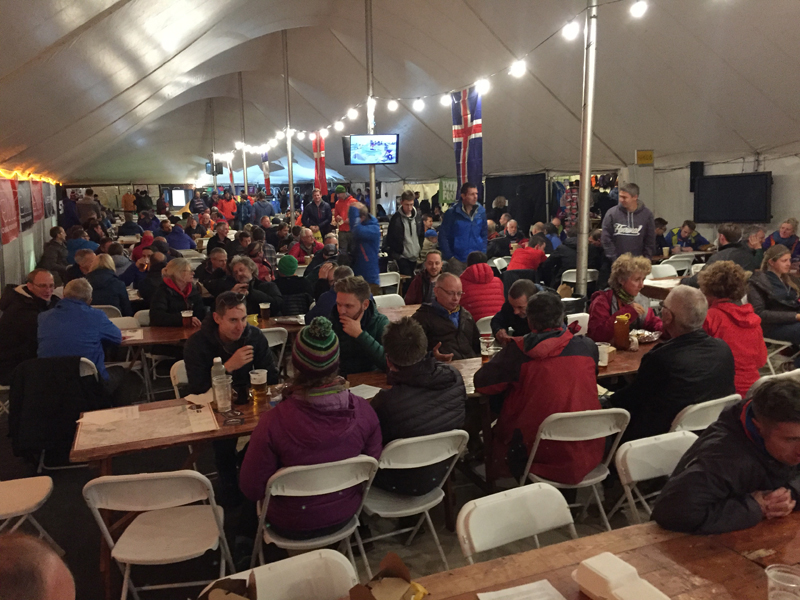 On the exposed Lakeland tops the competitors were battered by 60 mph winds and 30ft visibility. The conditions led to 20% of the field retiring early. The remaining competitors elected to either shorten their routes, go direct to the overnight camp or return to the event centre. OMM commented “The event promotes self reliance and having the skills required in the mountains. The event provides the opportunity for competitors to test their navigation, route selection & kit management skills within the safety net provided by the organisers.”

“Sound Mountain Judgement is a fundamental principal of the OMM event. The teams all carry tents, sleeping bags & dry kit and are expected to adjust their route and kit selection to match the conditions and terrain they’re heading into. The event is meant to be hard and make the competitors think about their actions in the mountains.” 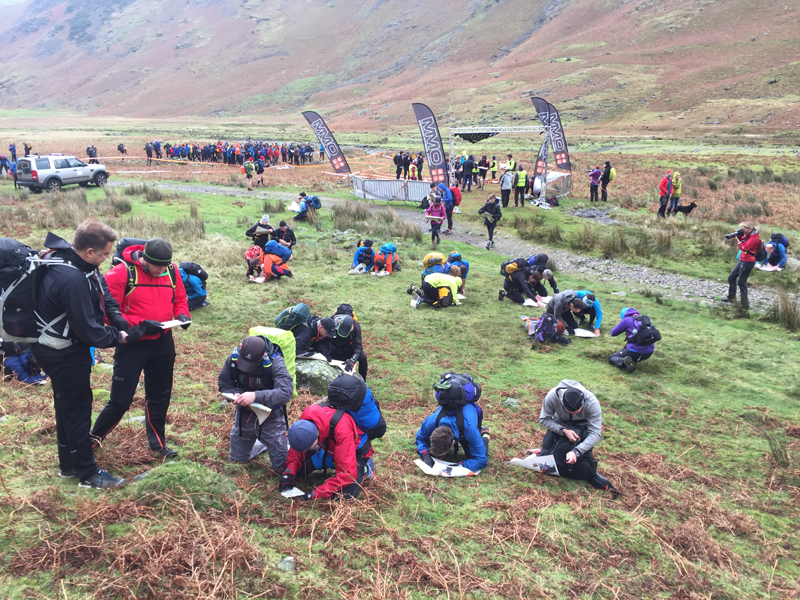 At the end of day 1 only 7 teams had finished the Elite Course. The only all female team of Nicky Spinks & Kirsty Hewitson made it to checkpoint 10 near Wasdale before deciding to call it a day. They commented that they felt strong but the conditions had slowed them down. They realised they weren’t going to make it to the overnight camp before the cut off time so elected to return to the event centre arriving back around midnight. 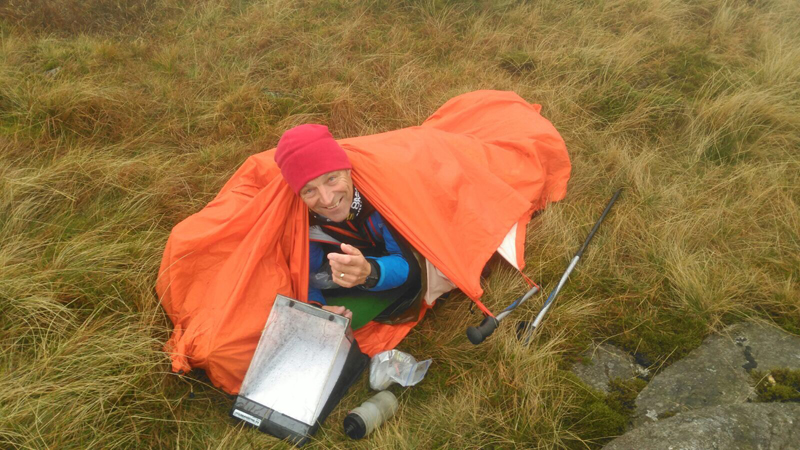 The remaining 80% of the field that made it to the overnight camp at Cockley Beck, set up their tents, got themselves organised and settled in for the night. In the morning the competitors were rewarded by a stunning 360 degree vista of the Lakeland fells. Upon speaking to the competitors they commented on how testing and rewarding day 1 had been. Day 2 started under perfect weather conditions allowing the competitors to easily pick up their required checkpoints and make their way to the finish back at Stool End Farm.

Looking back at the weekend OMM said “It’s been a fantastic event we’ve had challenging courses and conditions inline with the challenge the event has offered for 50 years. It’s also been great to see the OMM community stronger than ever after this many events. We’ve had long retired OMM competitors come back to give it one more bash. Seeing the long time competitors stood alongside the first timer’s is proof that the mountain marathon community is growing and has an exciting future.”

The top 3 teams on the Elite Class were Shane Ohly & Duncan Archer taking 1st, Steve Birkenshaw & Andrew Berry in 2nd, Tom Gibbs & Paul Tierney 3rd. In the score events the Long Score was won by Nick Barrable & Darrel High whilst the first Ladies team of Claire Gordon & Sarah O’Neil finished in 16th. The results from all the courses are on the website. 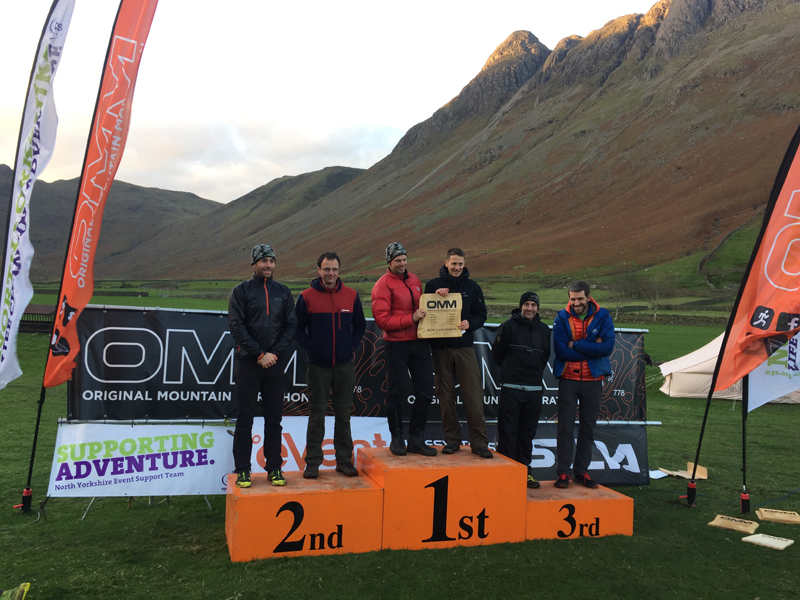 Well done to all the winners and everyone that took part.

Next year the 51st Original Mountain Marathon will be held in the South West on the 27th+28th October 2018. As is customary the exact location will be released nearer the time. You can enter on the OMM website at www.theomm.com